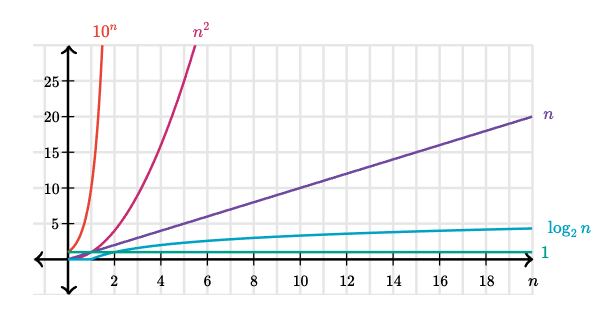 An algorithm is a step by step process that describes how to solve a problem in a way that always gives a correct answer. Most problems can be solved by more than one algorithm, but the best algorithm would typically be the one that solves the problem the fastest.

As software developers, we are using algorithms constantly, be it a built-in language function or a completely new algorithm unique to our software. Understanding algorithms is essential for making the right decisions about which algorithms to use and how to make new algorithms that are correct and efficient.

The Building Blocks of Algorithms

Informally, an algorithm is any well-defined computational procedure that takes some value as input and produces some value as output. Algorithms have three basic building blocks: sequencing, selection and iteration.

Sequencing – It is crucial to sequence the steps of an algorithm, so the relationship between a given input to the produced output remains correct.

Selection – It is useful to determine a different set of steps in an algorithm by a boolean expression.

Iteration – To produce the desired output, an algorithm often needs to repeat certain steps a certain number of times.

To demonstrate these building blocks we could think of a linear search algorithm:

In the above pseudo-code, we have the linearSearch procedure that takes an array of numbers – array, the number of elements in the array – n, and an element to search in the array – x.

In addition to the parameters array, n and x. The linearSearch procedure uses a variable named result. The procedure assigns an initial value of not-found to result in step 1. Step 2 checks each array element array[1] through array[n] to see if the element contains the value x. Whenever element array[i] equals x, step 2A assigns the current value of array[i] to the result.

The steps of the linearSearch procedure are what we call sequencing, every time we call this procedure it goes through the steps from 1 to 3.

Step 2 is what we call iteration, each element in the array from position 1 to position n goes through step A2.

Step A2 is what we call selection, we check whether the value of array[i] is equal to the searched element x or not.

Big O time is the language and metric we use to describe the efficiency of algorithms. Not understanding it thoroughly can hurt the ability to develop an algorithm.

The run time of an algorithm would be categorized according to how the number of steps increases as the input size increases. When an algorithm T(n) is bounded by a value that does not depend on the size of the input, it is said to be constant time (aka O(1)). An algorithm is said to be exponential time if T(n) is upper bounded by 2poly(n) where poly(n) is a polynomial in n.

An algorithm that runs in constant time means that it always takes a fixed number of steps to produce a result, no matter how large the input size increases. T(n) = O(1).

We can demonstrate a constant time algorithm as follows:

The findSmallestElementInSortedArray procedure takes an argument named numbers which is an array of numbers sorted ascendingly, and returns the first element in the numbers array. It doesn’t matter how many elements are in the numbers array, as it assumes the first element is always the smallest one, the operation will always require only one step.

Here is the procedure for binary search:

As we see in the graph and table, the number of steps is increasing as the input size increases, but the proportional rate is small.

An algorithm is said to take linear time when at most, the number of steps it has to do is in direct proportion to the input size. T(n) = O(n). Previously, we looked at the aptly-named linear search procedure that iterates all the elements in the input array and then returns either the found element or not-found. We can do better:

As we can see in the Linear search flow chart the value will only return when i is not smaller than n, otherwise, it keeps running the steps 2 and A2, wherein the betterLinearSearch procedure, once the procedure found x it immediately halts with the value, and only if x is not in the array, the procedure keeps iterating the array elements until it reached array[n] and then return not-found.

Linear time is not ideal, but in some cases, for example, when searching an element in an unsorted array, a linear search is the fastest way to find it.

When an algorithm’s steps increment is directly proportional to the squared size of the input, T(n) = O(n2), its run time complexity is quadratic time.

A sorting algorithm is an algorithm for rearranging the elements of the array – aka permuting the array – so that each element is less than or equal to its successor. For demonstrating the quadratic time complexity, we could use the selection sort algorithm:

As we can see, the selectionSort procedure has a nested loop, with the loop of step 1B nested within the loop of step 1. The inner loop performs all of its iterations for every single iteration of the outer loop. The starting value of j in the inner loop depends on the current value of i in the outer loop. The algorithm ends up looking at ½(n2 – n) values where n is the number of elements in the array.

An algorithm’s run time is exponential if T(n) is bounded by O(2nk) for some constant k. When an algorithm grows in such superpolynomial time, its number of steps increases faster than a polynomial function of its input size.

For an example of an exponential time complexity algorithm, we could think of an algorithm that generates all possible numerical passwords given password length.

For a password length of 1, it will generate 10 passwords. If the length of the password is 2, we already have 100 possible passwords:

Let’s visit the growth of this function in a table:

The categories we’ve seen above are examples of runtime complexities for algorithms. The following graph (taken from the internet) compares them:

More running time categories can be broken into two classes: polynomial and superpolynomial.

These time categories can be asymptotically bound to the growth of a running time to within constant factors above and below. The below would mean the initiating variables, testing each element in the selection block, or returning a value. The above factors, the upper bound is the base iteration block of an algorithm, the steps that are directly bound to the input. As an input of an algorithm becomes very large, the lower bound of it becomes also important. Although, in this post, the running time categories of the algorithm used the Big-O notation – only the upper bound of an algorithm – here are short descriptions of Big-Theta and Big-Omega:

The metric that measures the growth of a running time to within constant factors above and below, is the big-Θ (Big-Theta) notation.

If we say that a running time is Θ(f(n)) in a particular situation, then it’s also O(f(n)). For example, we can say that because the worst-case running time of binary search is Θ(log2​n), it’s also O(log2​n)O.

Another metric that measures only the lower bound of an algorithm, is the big-Ω (Big-Omega). If a running time is Ω(f(n)), then for large enough n, the running time is at least k⋅f(n) for some constant k.

We can also make correct, but imprecise statements using big-Ω notation. For example, if you have a million dollars in your pocket. You can truthfully say “I have an amount of money in my pocket, and it’s at least 10 dollars.” That is correct, but certainly not very precise. Similarly, we can correctly but imprecisely say that the worst-case running time of binary search is Ω(1) because we know that it takes at least constant time. But it doesn’t help much since in most cases it will take much more.

chevron_left Angular Material: Constructing a Powerful Frontend App with Material Design
Everybody is Dancing in the OAuth 2.0 Protocol chevron_right

We use cookies on our website to give you the most relevant experience by remembering your preferences and repeat visits. By clicking “Accept All”, you consent to the use of ALL the cookies. However, you may visit "Cookie Settings" to provide a controlled consent.
Cookie SettingsAccept All
Manage consent